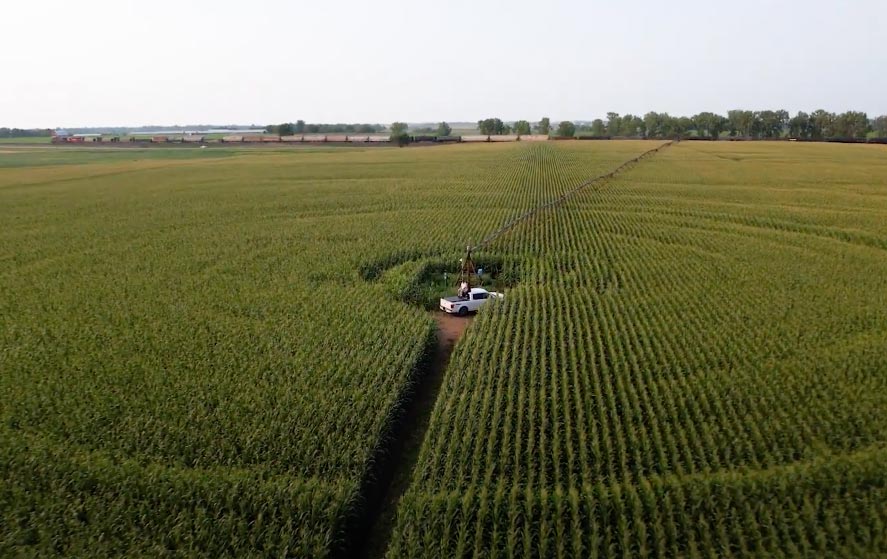 Bringing Innovation to Agriculture, Together

EarthScout® is a global AgTech company with headquarters in Minneapolis, Minnesota. EarthScout is comprised of leading engineers, researchers and scientists committed to helping growers optimize their agriculture practices, reduce costs, and protect the environment through innovative products and solutions that deliver the most accurate, reliable, and timely field data. Our products are developed specifically for use by government & university researchers, agronomists, and growers in commercial agriculture. EarthScout products are manufactured in the USA using research grade components and instruments that are commercially tested and proven.  EarthScout proudly features the best scientific instruments from leading manufacturers including: Acclima, Apogee Instruments, Meter Group, and more.

Our vision is to create the world’s premier community of science-minded growers dedicated to advancing living soils and sustainable agriculture, and we can’t do it without you! EarthScout’s University Partnership Program (EUPP) was established to support  the best and brightest researchers and scientists in government and universities across the world and equip them with precision technology and data to expedite innovation and breakthroughs in the field of irrigation, soil and climate research, plant pathology, entomology, pomology and more. EUPP benefits include special educational demos, discounted education product pricing, collaboration on research projects and assistance with grant applications. We invite you to join us! Contact us today to learn more about the benefits of partnering with EarthScout.

EarthScout is a cellular based (IOT) device for collecting real time soil and environmental data in crop fields and greenhouses. The data is accessible 24/7 through our EarthScout desktop or mobile app and can be downloaded for use in other data analysis tools. Our solution is plug and play with up to 5 different research-grade sensors.  Many researchers from top agriculture universities prefer our system because it is robust and flexible, and we use the most precise and reputable sensors available.  Sample data parameters include but are not limited to:

There are no annual subscription fees and you can rest assured that your data remains private because you own your data.

“I’m part of the fifth generation to operate Anderson Family Farms in Belgrade, Minnesota, here. Together with my uncle and two brothers, we have a fair to finish hog operation and a beef finishing operation. As well as over 8000 acres of center pivot irrigated cropland that we raise corn and edible food grade kidney beans, dark and red light red kidney beans and sugar beets on.” said Grant Anderson.

Dr. Sharma selected a 120 acre field that had a variety of soil types and elevations and divided the field into eight zones. Within each zone two EarthScout soil cubs were buried to measure soil moisture real time. The data from the zones was gathered and a prescription map was created and used to dial in the irrigation system.

“Variable rate irrigation and the center pivot you see behind me is equipped with that. It’s the ability to turn the sprinklers on or off, depending on where they’re out in the field. So certain areas of the field might need more water and certain areas of the field need less and certain areas almost need no water. They’re close enough to the ground water that we don’t need to irrigate them at all. Variable rate irrigation allows us to use the water more efficiently and put it where it needs to be in the field.” said Grant Anderson.

The studies show that variable rate irrigation, when combined with real time data from wireless soil moisture meters, can help irrigators map and deliver the ideal amount of water across fields with variable elevation, moisture levels and soil characteristics. In addition, the study showed that real time soil moisture data can save center pivot irrigators significant money on fuel and energy costs, regardless of whether they used a variable rate irrigation system.

Before using EarthScout, Grant spent an average of $5 per inch of water per acre on fuel and electricity to power his irrigation systems. This came out to around $75 per acre each year. Using EarthScout Wireless soil moisture meters he was able to reduce irrigation by 30% to a safe level for healthy crop growth, just above the wilting point. This resulted in a savings of $25 an acre, with EarthScout in his first season of use, with a total savings of $3,000 for every 120 acre field.

“The water in Minnesota is a resource that we’re free to use, but there are pumping costs associated with it and electricity costs associated with it. So it’s a money saving thing as well. We’re able to, first of all, utilize the water more efficiently, but also save money and save expenses on the bottom line. But at the end of the day, it comes down to the ROI. It’s got to show a profit. We’re not going to buy the sensors and all the equipment if it doesn’t show a return to us. So those products show a return to us by helping us use the rest of the resources more efficiently and EarthScout and their products have been right there to help us make those decisions and implement those tools to our best use.” said Grant Anderson.