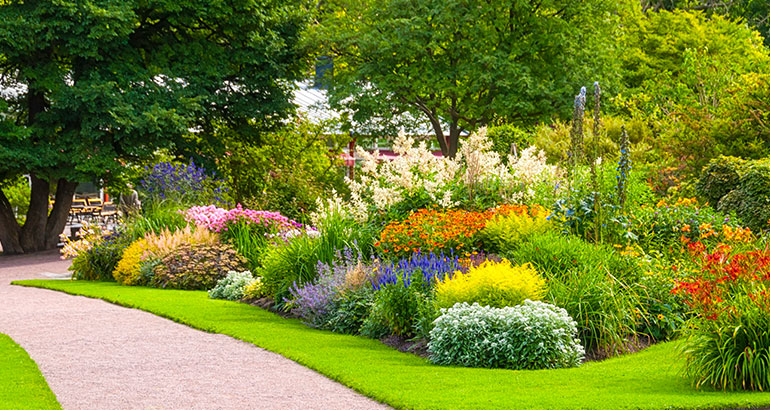 The demands of maintaining high-visibility and high-activity turf and landscape environments call for high-performance technology. With EarthScout®, landscape professionals, groundkeepers and greens managers can better stay on top of growing conditions so problems can be avoided or minimized before they become noticeable issues.

Set alerts on your phone – reducing risk by assuring you won’t over (or under) apply costly crop inputs. Use real-time data and analytical tools to make decisions and take action, including:

The following case history details how a sports-turf manager and head groundskeeper at a major league baseball stadium is planning to use the EarthScout technology to help him better meet the challenges of maintaining top-tier sports turf in one of America’s coldest major metro climates.

Larry has a high-visibility job in the turf industry, especially when it comes to maintaining a field seen by millions of people. As Head Grounds Keeper for Target Field in Minneapolis – home of the Twins baseball team – Larry has the challenge of maintaining their mix of Kentucky bluegrass and perennial ryegrass in one of America’s northernmost cities.

“The biggest challenge is getting the field ready for the season opener in early April. Last season’s home opener had temperatures in the 40’s with a mix of rain and sleet,” said Larry.  In order to combat these challenges, Target Field has an underground heating system that circulates heated water through a series of pipes below the surface to regulate soil temperature.

“The current sensors we have to measure soil moisture and temperature were installed with the underground heating system about ten years ago, now some of those sensors are starting to fail, so that’s what got me interested in the new multi-channel sensor technology available in the EarthScout units,” explained Larry.

Larry likes the fact that the EarthScout mobile phone app makes data access easy with a more user-friendly interface than his previous sensor software. “I was also excited to learn we can expand our data fields beyond soil moisture and temperature. Measuring O2 and electro-conductivity (EC) will be important, and solar energy will be a big one, especially in March when growth really gets going,” said Larry. He explains that different areas of the field get more shade than others and that’s one of the biggest factors that affects consistency of growth and turf health.

The first major task Larry plans to accomplish with his EarthScout units will be monitoring soil temperature throughout the winter as a checkpoint to their sub-surface heating system. He also plans to place the EarthScout soil probes at two inches and seven inches below the surface. “With a ten-year established stand of turf, these are the ideal depths to measure moisture. Now that we can add EC, O2 and solar sensors to the mix, we’ll be able to track whole new fields of data. And the more information I can gather, the better,” Said Larry.

As winter lessens its grip on the northern turf and the baseball season progresses into Spring, Larry is looking forward to using his new data metrics to improve some key decision points. He explains, “I’m hoping to better dial-in on when to re-seed the turf and apply inputs like fungicides and certain fertilizers. As we gain more data measuring solar energy, we should have a better read on what shaded areas of the field may need extra plant growth regulators or bio-stimulants to help keep the turf growth more consistent across the field. This can help take sports turf management to a whole new level.”

Put EarthScout®
To Work for You Today!